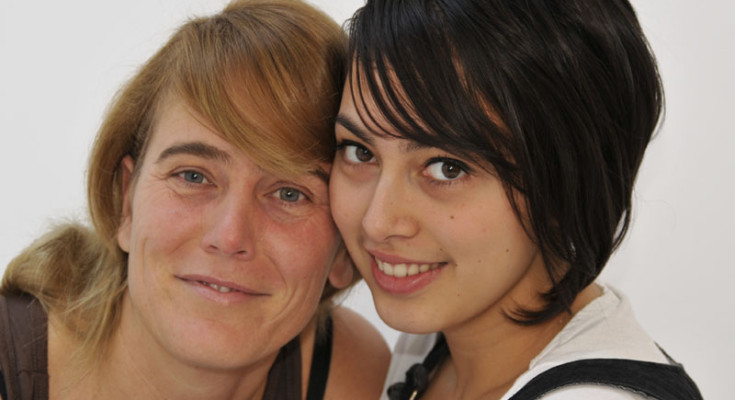 Latitudes Cross-Cultural Couples is back with a bang! This time we introduce you to Anjo and Megan. Anjo is a Dutchy, whilst Megan is an Indo (half Dutch-half Indonesian. They met in a lesbian bar and from there on their relationship developed. Wedding bells are ringing in the near future, as the couple is planning on getting married this year. Some minor stumbling blocks involve telling Megan’s family about her marriage to Anjo and dealing with their reaction. Megan’s mother will be the messenger, while Megan and Anjo keep their fingers crossed. 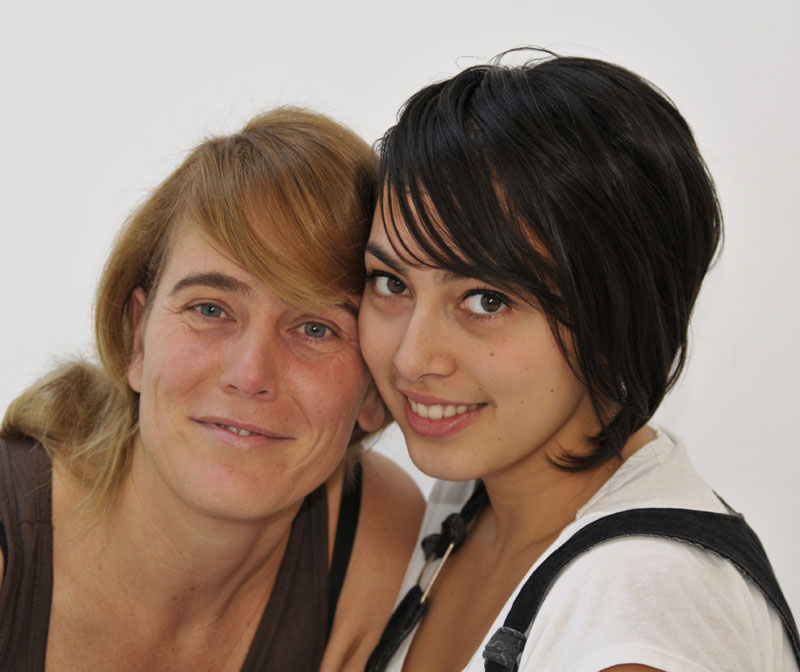 Anjo shares: ‘When you asked me to join in this series I said yes straight away, because it’s about love. I realize that we are by no means an average couple: Dutch/Indisch, female/female and there is quite an age difference. But it’s all about love in the end. I hope that with our story we can contribute to that idea. Let’s meet these lovebirds and hear all about it.

Please introduce yourselves, what are your names, where are you from and where do you live? We are Anjo en Megan. Megan is 22 years old and half Indonesian half Dutch. Anjo is 43 and from Dutch descent. We are a creative couple, both working in the artistic field. Our houseboat lies in a quiet village close to Amsterdam.

We met in Oktober 2007 in a lesbian bar in Amsterdam. The funny thing is that we both hardly ever went out. It’s a miracle that we ran into each other.

Megan: I just got out of a relationship and wanted to have some drinks with my friends. Then someone asked if the seat next to me was taken. I looked into her bright blue eyes and I was sold.

Anjo: I’d been painting my houseboat all day long. I was actually too tired to go out. But I already made a commitment. There was one empty seat. The woman who was resting her arm on it had the most amazing smile. And I was the lucky one who she wanted to dance with. 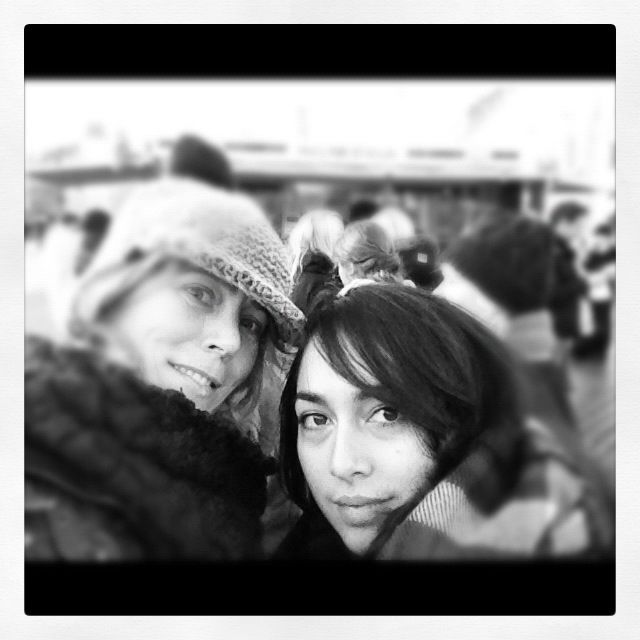 Anja and Megan, a Dutch-Indonesian coalition

Megan was a sophomore in college, studying music and theatre, living in a dorm. Anjo was a freelance photographer/journalist who traveled the world. Of course, there were some questions about our age difference. Megan was 18 at the time and Anjo 39. But that didn’t stop us from falling in love. For three years we only saw each other during weekends and holidays. But we stayed strong through those excruciating long years and moved in together after Megan’s graduation. One year later we were engaged.

What does it mean to your relationship to be of two different cultures?
Anjo: I really had to get used to the silence. Megan’s Indonesian family is very calm. What I need are words and images to make things clear and they can communicate more through feelings and intuition. 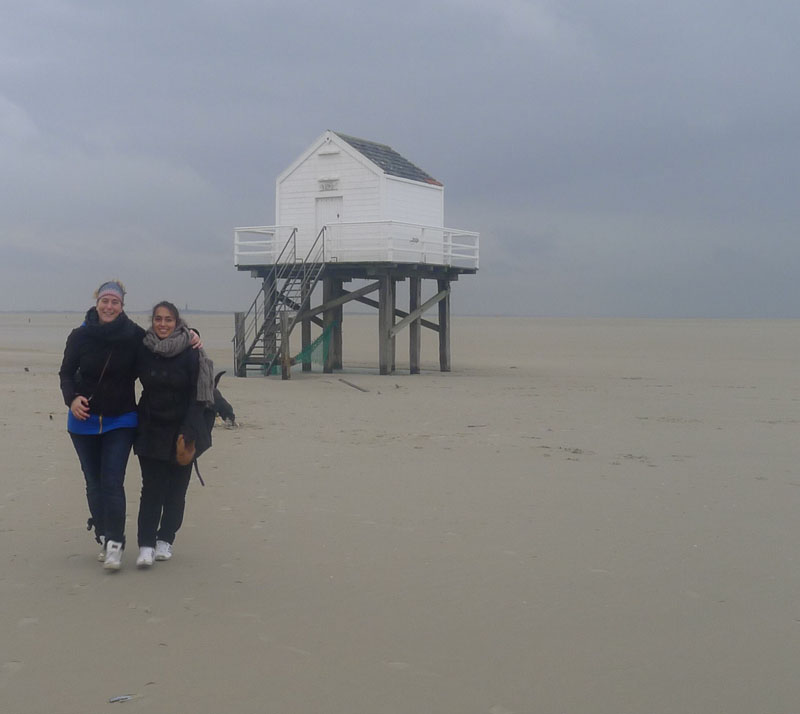 Anjo and Megan on the beach

Megan: Anjo talked a lot, that was new for me. I come from a quieter home. But everyone in her family is like that. There was no moment of silence. The more she talked the quieter I got. And vice versa.

In the beginning of our relationship we had difficulties communicating. Anjo is used to saying everything that’s on her mind, she’s very extrovert. Megan is the exact opposite. She only speaks when she feels it’s necessary and needed her own space. After a while, after we gained more trust, Megan opened up and Anjo found more rest.

How did your surroundings react to your mixed relationship?
With the family in Holland it was no problem at all. It’s never even been an issue. Though in Indonesia it’s a different story:

They probably would be very proud of Megan if Anjo were a man. But because we are two women in a relationship they would probably not accept that.”

What are the biggest challenges you had to overcome?
Our biggest challenge is yet to come. Megan’s mother is planning on visiting her family in Indonesia and telling them about our marriage this year. We’re very proud of her for taking this step and hopefully they are at peace with it. 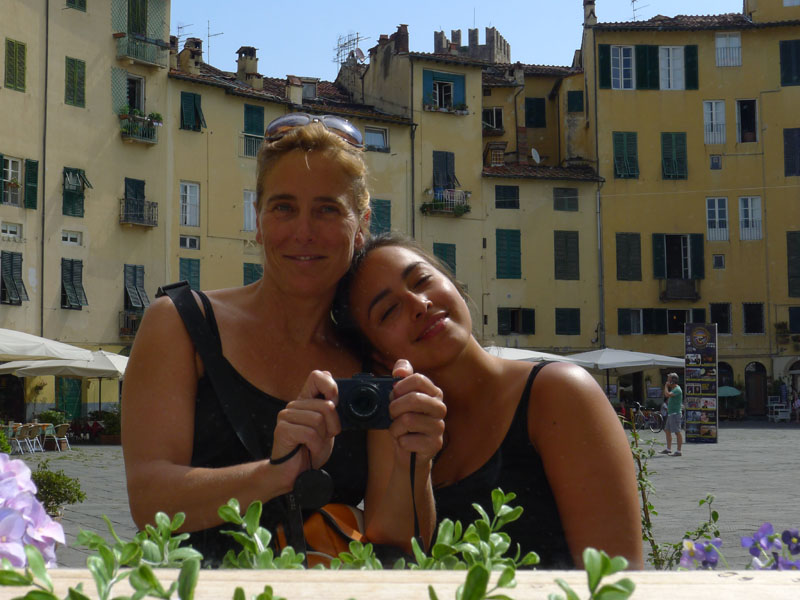 Sharing a love for traveling

What are the best things that this relationship brings you?
Love. Of course. But we also love to travel a lot. And food! Anjo loves Indonesian food and Megan is crazy about Dutch meals. This relationship also brings a lot of understanding. We both have an artistic profession, so not a 9 to 5 job.

We both have very different personalities which go very well together. We’re yin and yang. We both went through an emotional rollercoaster in our childhood. Which brings us values in life that others may only find in the end.

Are religious differences an issue between you and your partner?
No. We’re not religious.

What are your future plans?
Getting married and hopefully one day have a family.

Do you have any tips for other mixed couples?
Visit the countries where you both come from. After we went to Indonesia Anjo saw the cultural differences and understood Megan’s roots.