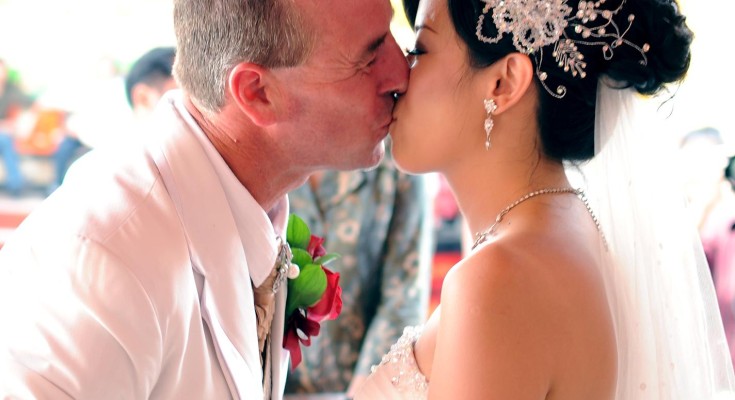 Another love connection made online in our Cross-Cultural Couples series. Andrew and Imelda met on a dating site, exchanged Yahoo Messenger ID’s then e-mail addresses, then phone numbers and then met in real life on Bali. They became official boyfriend and girlfriend on Yahoo Messenger and find Skype free call invaluable to their relationship. Let’s see how this couple clicked online and never let go in real life. 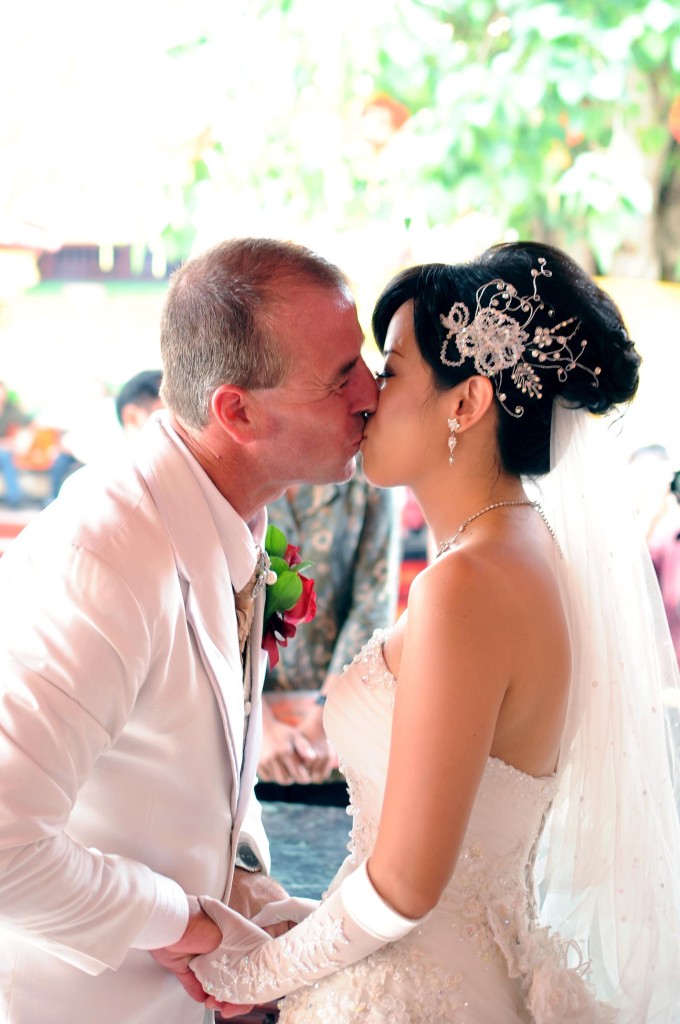 Andrew and Imelda at their wedding ceremony on Bali

Please introduce yourselves to our readers

We met on an online dating website (it was called Asian Euro, now it is called Asian Dating). After spending some time browsing around on that website, Andrew stumbled upon my profile and sent me a message saying that he would like to get to know me. I sent a reply and we both agreed to exchange Yahoo Messenger ID and started to chat. After some chats, we started to exchange emails and photos too. We started to chat sometime around February 2010.

On one of the chats, Andrew asked if he could have my phone number. I gave him my number and a few seconds later Andrew called me. I was shocked because I didn’t expect him to call me straightaway and I was at work in the office. It was a short phone call but I must say that it was a pleasant surprise for me.

After that phone call, our chats got more intense and Andrew told me that he would be coming to Bali. And there he was, in April 2010. He came to Bali for 2 weeks and we spent some valuable time together. Then Andrew flew back to Australia and our chats and emails continued. Apparently, we both missed one another after that very first meeting in Bali and on 22 April 2010, we made it official as boyfriend and girlfriend (through Yahoo chat, LOL). Our communication got easier with free call by Skype too.

Since then, Andrew always flew to Bali on his days off (he was on a 2 weeks on 2 weeks off roster). Then our conversation started to become more and more serious and Andrew mentioned that he wanted to take me to visit Tasmania, to see his hometown and meet his family and friends. At first we decided to fly in June to see if this girl from a tropical island can survive the winter in Tasmania, but for some reasons we had to change our plan and we postponed it until October.

Cheers to that, Andrew and Imelda rafting

Andrew took me around and did his best to show Tasmania and meet as many friends and family we could. After spending around 2 weeks in Tasmania, I had to fly back to Bali with some uncertainty on where this relationship was heading to.

Apparently, Andrew didn’t share the same uncertainty. He proposed me to marry him the night before I flew back home to Bali, and of course I said yes.”

Who can say no to him anyway? The caring, loving and responsible type of person he is. I realize that our love story happened so fast, but somehow after knowing Andrew and seeing his interaction with his family and friends, I didn’t have any doubt to say yes to his proposal. It was the best night ever and the morning was the hardest too, as we had to be apart again. But at that time, I no longer worried because I know that we would be together soon. 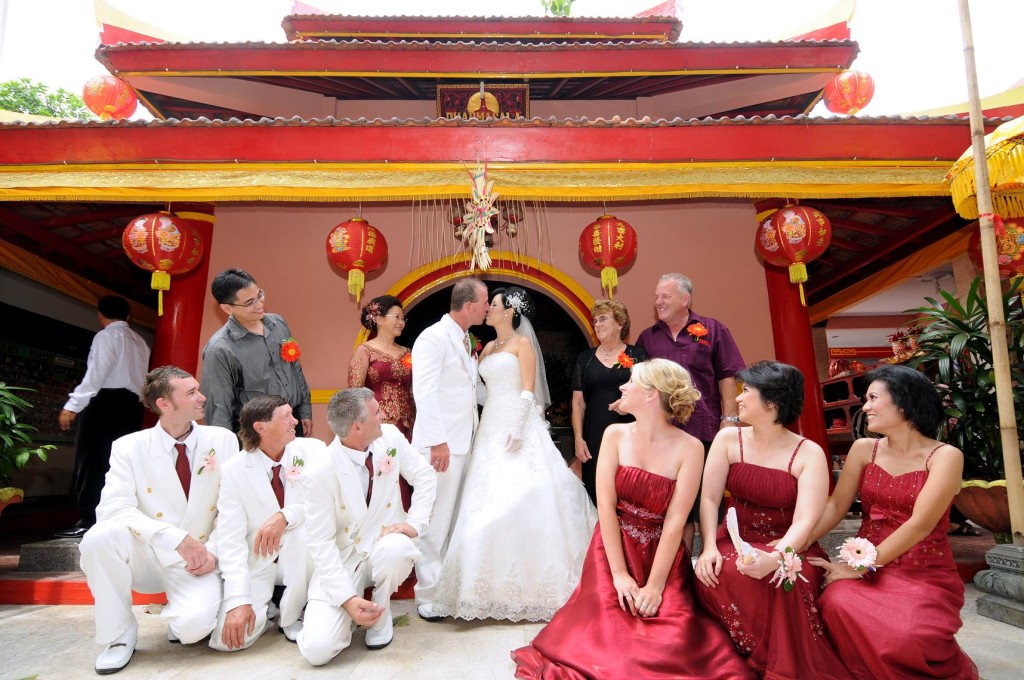 Andrew and Imelda at their wedding, surrounded by family and friends

We got married in a Buddhist temple “Vihara Dharmayana” in Kuta, Bali on 12th February 2011 and on 24th March 2012, we had a renewal of our wedding vows in Tasmania, Australia for Andrew’s relatives and friends who couldn’t make it to Bali on our wedding. 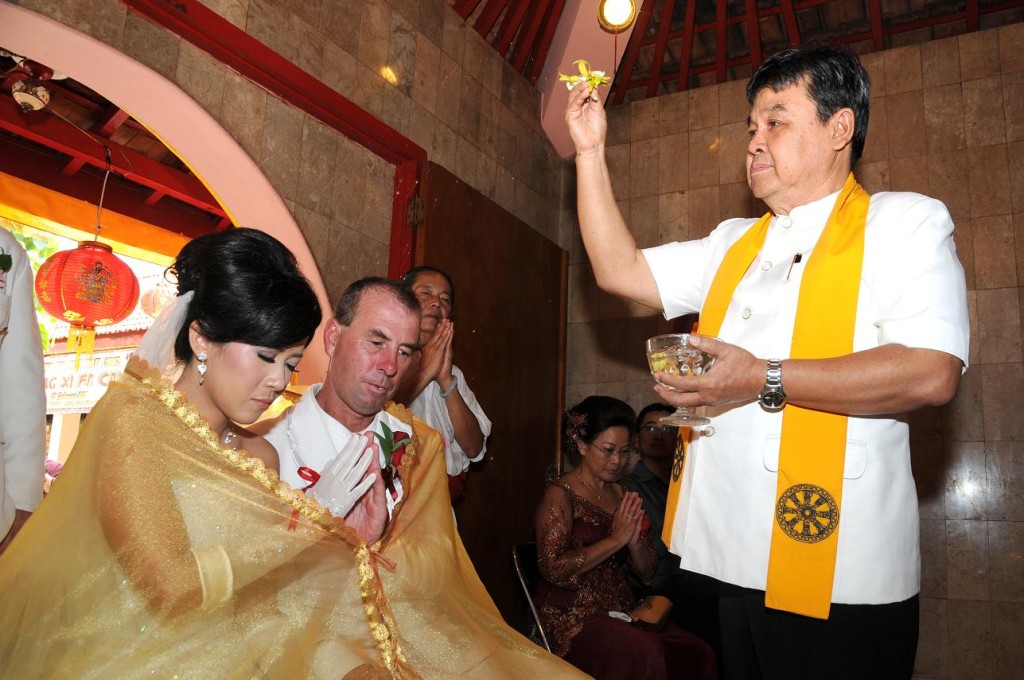 We don’t really have any major issue with two different cultural backgrounds. The only problem is for Andrew to communicate with my mother as my mother doesn’t speak English and Andrew doesn’t speak Indonesian.

I have Chinese roots. Regarding my Chinese culture, Andrew has been doing great job in participating in ceremonies and following the wedding procession in Buddhist, even though he is not a religious type of person. I, on the other hand am not a religious fanatic. I consider Buddhism as my way of life and the ceremonies are more like maintaining the culture of my family.

There is always miscommunication between two different minds, the only thing for us to do is how to bridge these two different ways of thinking so that it won’t create a major problem in our relationship. And we’ve been doing great so far. Besides, with Andrew’s work roster that forces him to be away at work every 3 weeks (or more), makes us realize how valuable every second is we spend together and it would be such a waste to spend our time together arguing. We are still learning in understanding each other anyway. Besides, there’s a saying, “Distance makes the hearts grow fonder.” 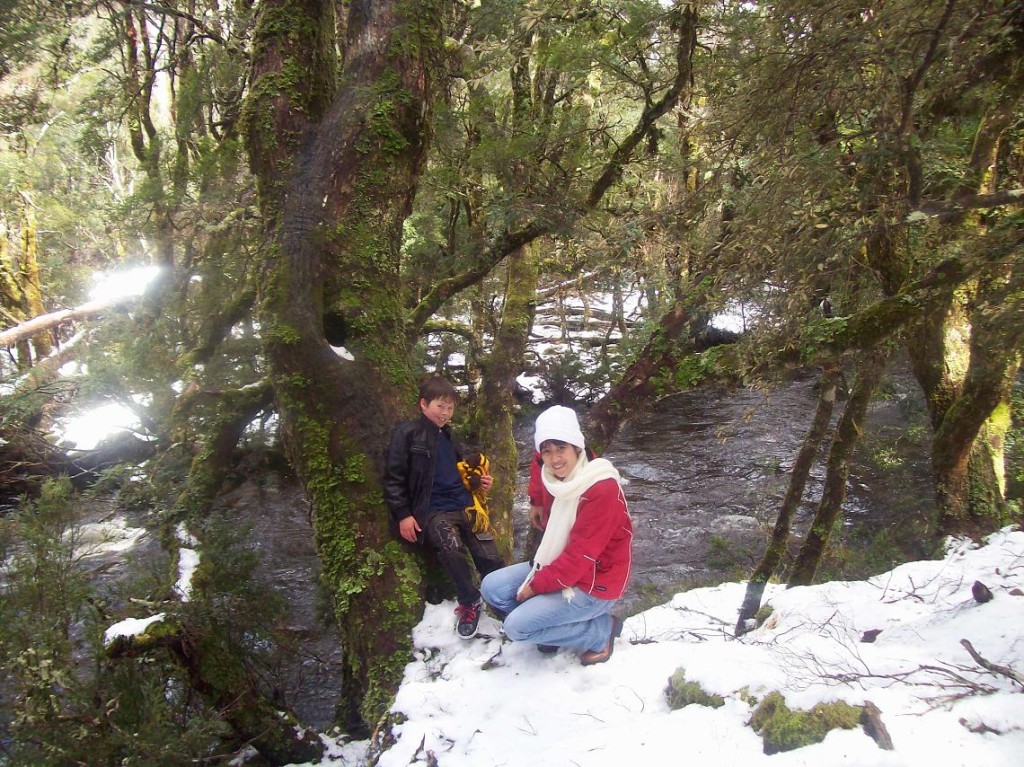 The biggest challenge for me (Imelda) is the image we have in Indonesia regarding an Indonesian woman married to a Western man. We have this sort of stereotype that Indonesian women who marry Western men come from a low economic class and only chase the man for his money. Sadly I get that “look” from my own local people, most of the time when I walk around with Andrew. However, Andrew always proudly says that I am his girlfriend/fiancée/wife. Besides, I don’t care anymore on what other people think. My husband knows the real me, so why should I be bothered about all the prejudice by others that holds no truth.

They can live with their prejudice and I’ll walk away living my happy life with the love of my life.”

HAPPINESS. Our purpose in life is to be happy. We are so happy that we’ve found each other and in this relationship we can always be ourselves. We are always honest to one another; we don’t have to pretend to be someone that we are not because we have no concern at all, as we know that our partner loves us just the way we are. We’ve always been supporting each other through all the ups and downs of our journey.

We speak English as Andrew only knows a few Indonesian words and that is not enough to communicate, LOL.

Religion, has never been an issue for us. Andrew is not religious he didn’t mind that we got married and blessed by a Buddhist priest, according to my belief. Also, Andrew respects my Chinese culture. Besides, I am not a fanatical Buddhist. We both believe that kindness is more important than religions. 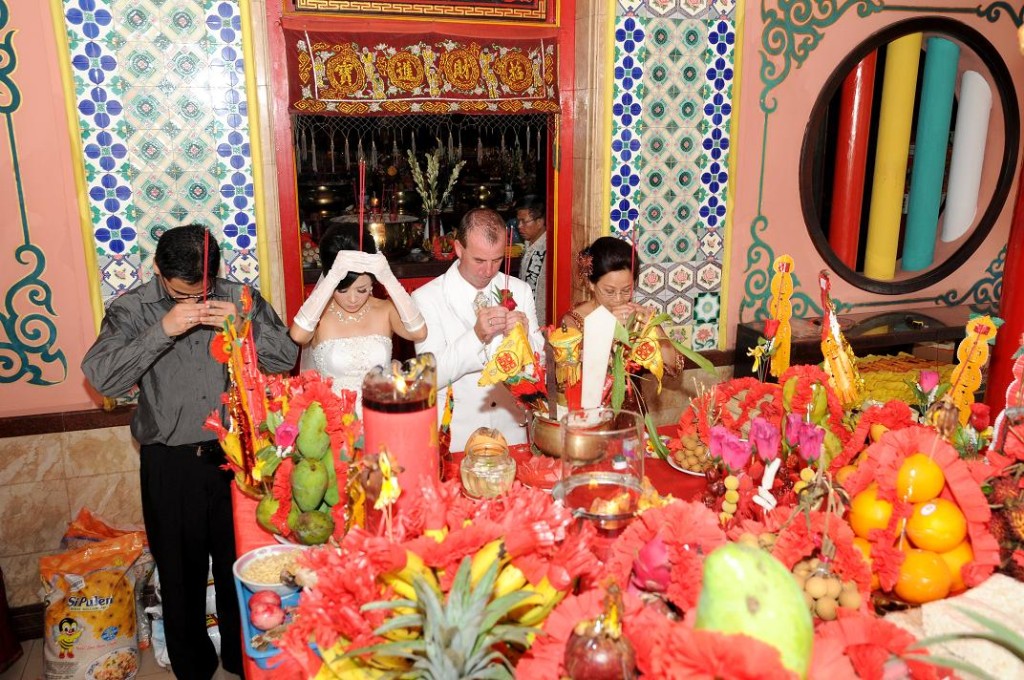 We are now waiting for our baby to be born sometime in November 2012. For the time being, we will still be living in Bali and Andrew will still be away for his work in Australia. We’ll never know where the future leads us, whether to stay in Bali or in Australia.

Always be yourselve, respect each other, spread the seeds of honesty and harvest the love.