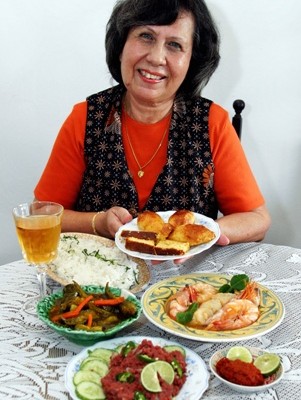 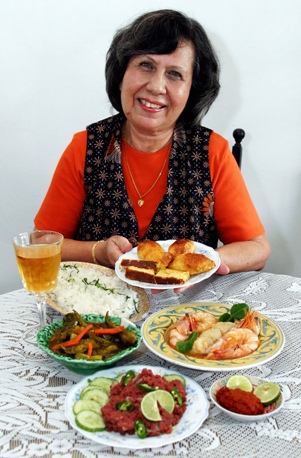 Celine Marbeck can be considered the queen of Cristang cuisine

The Cristang cuisine is one of the oldest and least known of Malaysia’s many flavors. It is influenced by a variety of ethnic groups who conquered Malacca, settled there, and left their cultural and gastronomic traits behind.

The Cristang cuisine is an amalgam of delicious tastes,varying from spicy to salty, sour and sweet. Relatively bland Portuguese fare evolved into delectably spicy hybrids. With the introduction of onions,garlic and chillies the local menu was transformed. This cuisine is a melange of local herbs, flowers and dried spices.

The ubiquitous “santan” (coconut cream) added a new taste to savouries and sweets. Shrimp paste,”belachan” is a condiment used to perk up seafood dishes. It is well loved by the Cristang. All the Cristang dishes must be accompanied by boiled, white rice. Rice is treated reverentially.The Cristang believe that every grain is a blessing from God, so must be eaten using the fingers-to savour that Divine bounty in full.

Cristang cuisine today is quite different from that of the past. Each family follows its own culinary path concocting dishes that reflect   the myraid influences which characterise the cuisine. Connoisseurs may rest assured that whichever hand stirs the pot,the results will be delicious.

As an introduction to Cristang Cuisine, we’re gonna start with a simple, but delicious vegetable recipe: SOY LIMANG (Aubergines in lime -soy sauce). 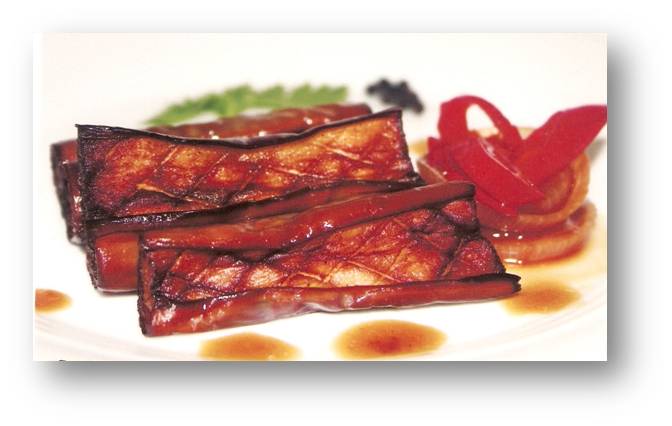 How to make Soy Limang:

1. Split brinjal in half lengthways and score the surface.

2. Mix the salt and pepper and mixe the spices together, smear on the white surface of the brinjals.

3.  Heat a half cup of oil in a frying pan, shallow fry the brinjals, scored surface down in the pan for 4 minutes. Move them to a plate

6. Taste and adjust accordingly. (The dish must have a slightly sweet-sour taste)
Pour the sauce over the fried brinjals just before serving.