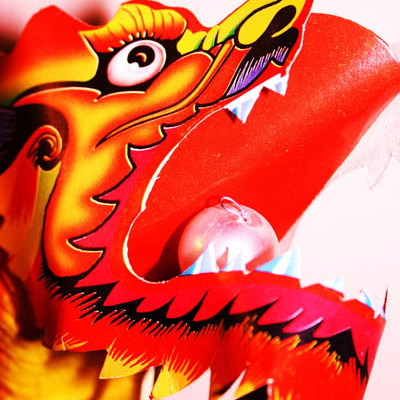 Chinese New Year: The Year of the Snake

Come February 10 2013, Chinese folk all over the world celebrate the most important festival in Chinese culture, Chinese New Year. This festival marks the end of the winter solstice and celebrates arrival of Spring. Steeped in custom and tradition, these 15 days are filled with color, fireworks, delicious foods, excitement and a sense of joy. 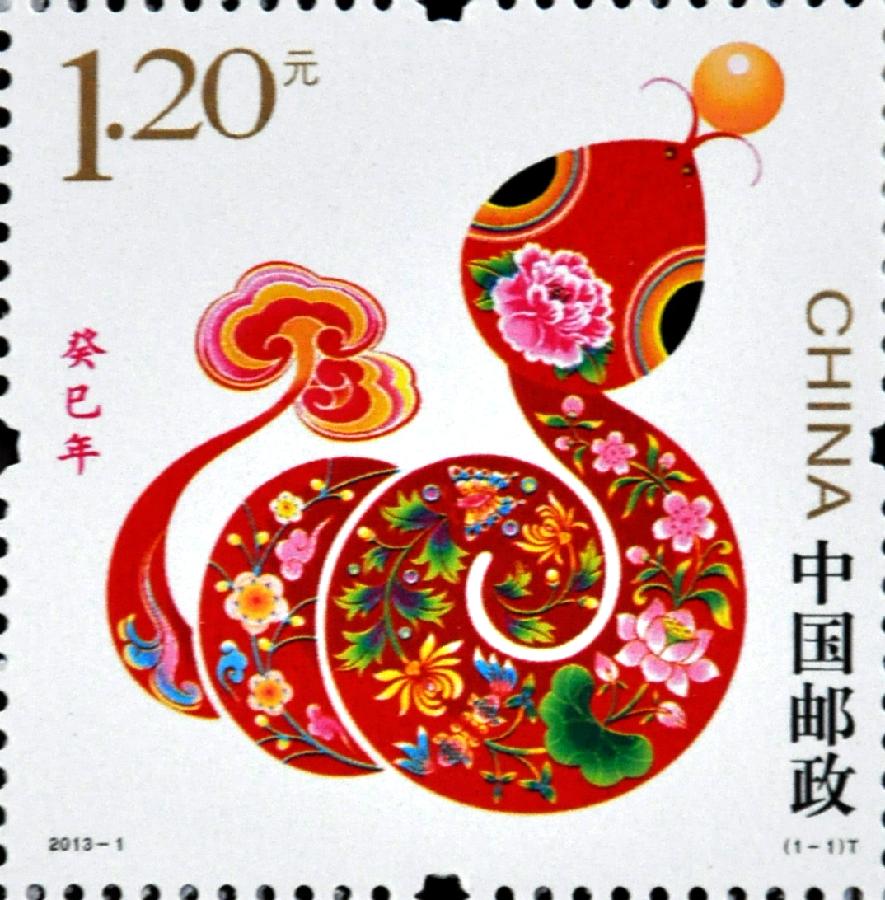 The Year of the Snake, Chinese New Year stamp

Each Chinese year comes under the auspices of an animal from the Chinese zodiac. This animal brings the year a special energy. According to the forecast of the year by Chinese astrologers, prayers are made and rituals performed to ensure a smooth and prosperous year. The year 2013 is marked by the Snake, characterized by its intelligence. In Chinese astrology, the snake is seen as keen and cunning, quite intelligent and wise.

Ushering in the New Year

Preparations for the Chinese New Year begin a week or two before the big day. The house is given a thorough spring cleaning. Decorations such as red paper with Chinese characters, lights, lanterns and flowers are put on display. Debts are paid to avoid the bad luck that is believed to come if one carries them into the New Year. New items of clothing are bought. Traditionally, the Chinese Cheongsam for ladies of Cheong Foo for men are tailored. Others favor wearing modern and casual clothing in the shade of red, which is considered highly auspicious. 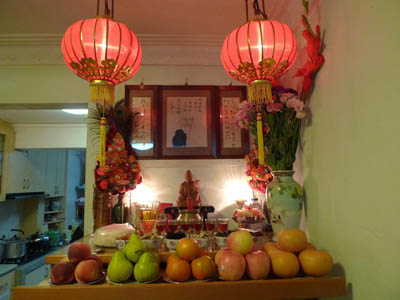 A fruitful year ahead?

On the eve of the New Year, family members from near and far come together for the reunion dinner. Family bonds are highly valued and important to the Chinese. This day holds a special significance as family bonds are renewed and honored. Special foods, rich in symbolism, are prepared and eaten on this day.

In Malaysia and Singapore, a dish not to be missed on the table is Yu Sheng, a raw fish salad. Yu, the word for fish sounds like the Chinese word for abundance. The diners of the dish stand up and toss all the ingredients of the salad in the air while chanting their wishes. It is believed that the higher one tosses, the greater the person’s growth in fortune. Another favored dish is Nian Gao, a glutinous rice cake, that symbolizes the hope of the family for a sweet life. Learn how to make Nian Gao with our recipe! The Chinese custom of giving  Ang  Pow or red packets also begin on this day.

Ang Pow are given by married couples to children, teenagers and unmarried adults. Traditionally the gift of Ang Pow are believed to ward off evil spirits. Some families end the night by setting off fireworks in the sky.

The different ways of the days

On the first day of the Chinese New Year, the most senior members of the family are visited by relatives. These visitations are termed Bai Nian, meaning to pay respects to the new year. Visitors often bring with them a pair of mandarin oranges, symbolic of gold, and wishes of good fortune to the receiver. Tea, fruit and sweets are offered to the guest. 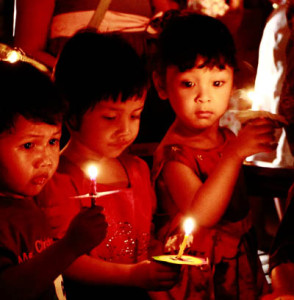 The Seventh day of the Chinese New Year is the day of everybody’s birthday. It is believed that everybody grows a year older on this day of Renri, or ‘human day’. Long noodles, symbolizing a long life are eaten.

The 15th and the last day of the Chinese New Year marks the first full moon after the New Year. This day is the festival of lanterns. Under the full moon, children carry lanterns to temples and everyone enjoys the beauty of moonlight and the flickering lights of the lanterns. During this day, the lanterns guide lost and evil spirits back home.  Tang Yuan, a sticky glutinous flour ball with sweet fillings are eaten on this day as they symbolize the fullness of the moon.

Wishing everybody an abundant, prosperous and joy filled Chinese New Year of the Snake!

Gong Xi Fa Cai – Congratulations on the New Year, may you have joy and grow in prosperity.

Cai Yuan Guan Jin – May wealth come to you from all directions.

Nian Nian You Yu – May you have a surplus of abundance every year.

Xin Nian Jin Bu – May you enjoy progress in this New Year.