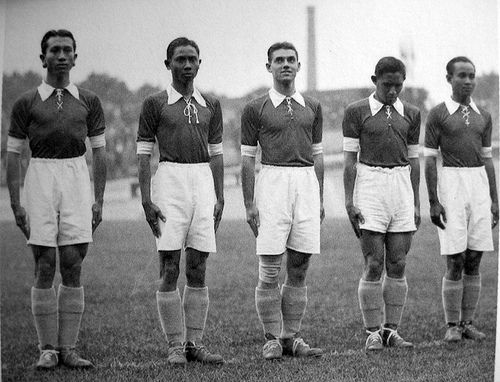 The history of Indonesian football, as well as many other societal and cultural phenomena, derives from its long and complicated relationship with the Dutch. The national team (often shortened to Timnas) has struggled time and time again to join the World Cup.

So far Indonesia only joined once; under Dutch occupation on June 5 1938.  The match took place in France, against Hungary and ended in a 0-6 defeat for the Indonesian team. Indonesia was the first Asian country to enter the World Cup, but hasn’t managed to repeat that feature ever since.

The coach and president of the Nederlandsch Indische Voetbal Bond (NIVB) was Johannes Christoffel van Mastenbroek, a Dutchman. Even though the national anthem, “Het Wilhelmus” was solemnly sung twice, it didn’t help the Indonesian team. More than 10.000 eager soccer fans saw Hungary walk over the Indonesian team at Reims Municipal Velodrome. The major of Reims at the time described the game as one of giants against gnomes. “It seemed like watching 22 Hungarian athletes surrounded 11 gnomes,” Asep Ginandjar and Agung Harsya depict in their “100 + Fakta Unik Piala Dunia” (100 + Word Cup Unique Facts) published last January 2010.

Actually, the team didn’t represent East Indies football potential. The NIVB as well as Johannes Christottel van Mastenbroek, chose to sent out the NIVB team, instead of the more able PSSI team. NIVB was a Dutch football club; its players were Dutchmen or high ranking Indonesian elites. The bumiputera club PSSI, standing for Persatoen Sepakraga Seloeroeh Indonesia (Indonesia Sepakraga Association) might have been better equipped to do the job.

Sepakraga—until now played by some Indonesians—is Indonesia’s traditional sport; the ball is made of plaited rattan and the game is somewhat similar to foot volley and played on a much smaller court with a net:

It originated in Malaysia and is played all over Southeast Asia until this day. Soccer, or sepakbola in Indonesian has gained popularity over sepakraga, but national success has so far not been brought home yet. 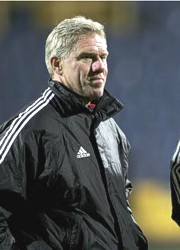 Wim started his career in Indonesia with a row with some of the players. The conflict was the result of the sub-par effort of the PSSI National team when it met Bahrain in the FIFA World Cup qualifier on  (they lost the match with 0-2). Wim was said to be angry and disappointed with some of the players, adding that they play like celebrities or divas.

A day after the game, three players met up with Riedl, their former coach. Many people linked the meeting to the players dissatisfaction with Wim, but it was denied by three of them. They claimed to have met Riedl just to say goodbye.

However, three days later, nine players pledged to launch a boycott against Wim. Indonesian soccer fans were divided, with some at the side of Wim and others rather seeing the back of him. Returning from the Netherlands, Wim met up with the team and managed to get the team back on track.

Yesayas Octavianus, the former sport editor at Kompas, a Jakarta based leading newspaper mentioned the psychological shortcomings of the Indonesian players in his talk show at Metro TV a couple of weeks ago, “they are professionals and economically well established. They don’t have to think about their economic life anymore. They should act as professionals.”

The principle that underpins Wims style of  managing the Indonesian National Team, demands a professional attitude evolving from deep anchored discipline. Discipline in setting up personal priorities to meet group priorities, discipline in attending the scheduled practices, discipline in putting the group before oneself.

Wim maintains a positive outlook, even though his team has the difficult task to win the last three group matches to still have a chance of advancing. The match against Qatar on Tuesday, October 11, 2011 was therefore very important. 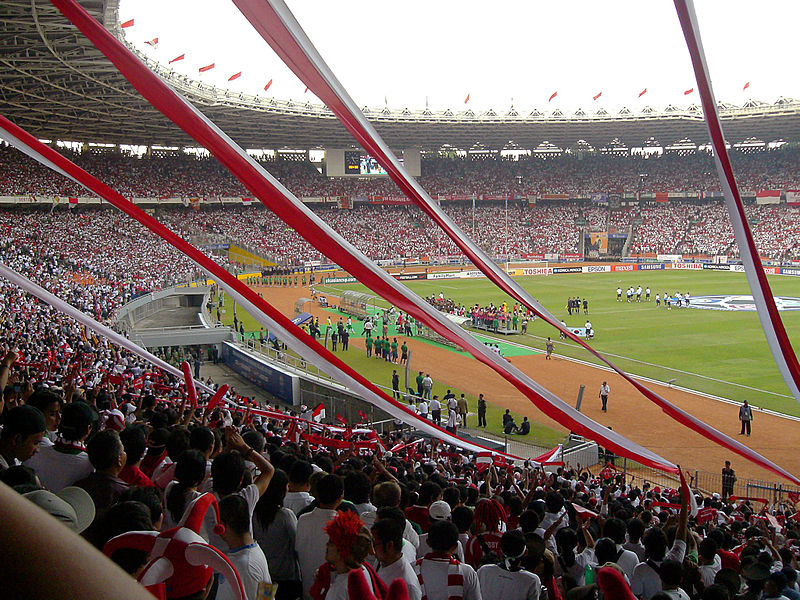 The game proved that Wim and his team were able to get rid of strife and rows successfully. The first half of the match showed that the team can work well together; tackling every attack as well as striking back when opportunity was there. The spectators experienced a roller coaster of emotions as Indonesia eventually lost the match with 2-3. Hence, the team remains in last place without a victory from three games.

The only chance Indonesia has is to win all three upcoming matches against Qatar (11 November), Iran (15 November) and Bahrain (29 February 2012) .

Afterwards Wim told the press that he was happy because his team had played to the best of their ability. He comes at a time that Indonesians are hungry for success. Most Indonesians follow the English, Italian and Spanish leagues  obsessively. Their eagerness for Indonesian success might make him an idol of iconic proportions. Failing, Wim Rijsbergen will probably go into the books as the  fifth Dutch coach that came, saw and didn’t conquer.