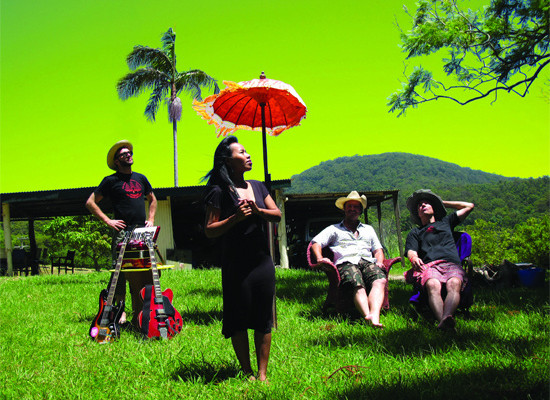 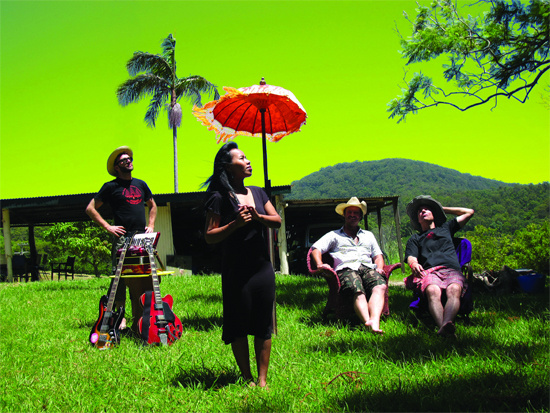 Raoul Wijffels runs an organization called ‘OneDollarForMusic’ that supports children and teens to create music. ‘Sustainable creativity plays a key role in identity building and self esteem’ he added. The video he showed the audience was a testament to that very same idea:

Read more about this wonderful initiative and support them!

Hip hop mastermind Mohamed Marzuki hails from Jogjakarta, where he founded the Jogja Hip Hop Foundation. They mix hiphop with traditional 18th century Javanese music that speaks to the old and the young. Dressed in batik they blast rhymes about political issues and organize community events.

During a conflict between the people of Jogjakarta and the central Indonesian government, the Jogja Hip Hop Foundation played a key role in mobilizing over 30.000 people, young and old. The rally brought together people of different backgrounds and ages, united by the theme song: Jogja Istimewa:

The Cambodian Space Project hails from the Cambodian capital Phnom Penh. During the Khmer Rouge’s reign of terror that resulted in genocide, many creative thinkers were killed, effectively wiping out culture. As a result, a music scene was virtually non-existent in the capital.

The Cambodian Space Project is fronted by Cambodian singer Srey Thy who was born in the firing lanes of the war. Her father steered a tank and the family traveled along battle lines. Now, some 32 years later, while the Khmer Rouge Trials are still ongoing, closure has not been found, but at least music is made, shared and enjoyed again.

The Importance of a Venue: Antida Music Studio

Anom Darsana studied French literature in Lausanne. When he returned to Bali he saw great musicians that only played cover songs. This prompted him to create a space with a good sound system, so musicians can do their own thing and create their own sounds and songs.

Antida Studio is only one of two places in Bali, where underground music takes the main stage, and cheesy renditions of American ballads are a no-no (the other venue is Twice Bar in Poppies 2, Kuta).

Antida features gigs regularly. Check out their site and pay them a visit when in Bali!