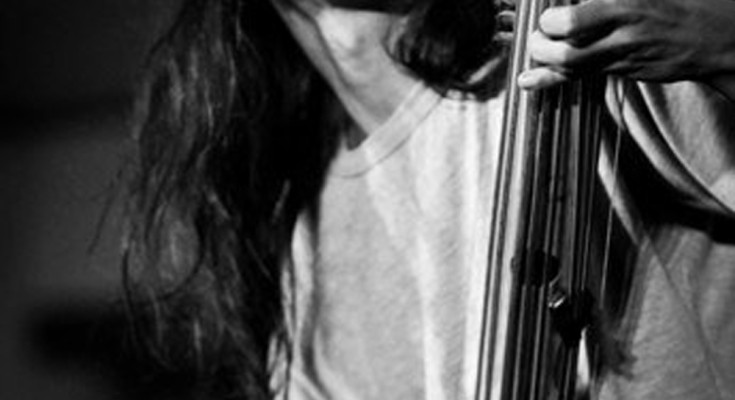 Since he was 12 years old, Wukir has been a part of the art community in Malang. He has joined communities in Jakarta, Bandung, Surabaya and abroad, performing solo shows and collaborating with experimental and traditional musicians alike. He has soul-searched in hermitages and made instruments from trash.

What has caught public (and our) attention is his vibrant and erratic voice as he speaks through a homemade modified traditional bamboo instrument of his own namesake. Recently home from three weeks in Holland, where Bambu Wukir toured with his project ‘The Future Sounds of Folk,’ I was able to catch him back in Jogjakarta for a brief interview before he headed back out to Australia to continue his tour. Sitting on the patio of a sheltered housing community in the rain, he told me his story:

M: So you were in Holland a month ago?

W: I was there November and December. I came home from the Netherlands to play in Bali, and in Tasmania…I have so many fans there ― small children and elderly people as well.

M: do you play alone or collaborate?

W: I played in alone in Bali, but in Holland and other places I have collaborated with a friend of a friend who goes by the name ‘The One Man Nation,’ for the project of ‘The Future Sounds of Folk.’  We also assisted the organization STEIM… it’s like the electronic music community there.

To see the fantastic Bambu Wukir in action, check out this video:

M: I first saw you play at the YesNoWave event at Kedai Kebun in Yogyakarta with Arrington de Dionyso. Watching the collaboration of your homemade instrument and his crazy spirit was remarkable. How did you learn to make instruments?

W: After my childhood in the arts and theater communities, I came to East Java and to Surabaya, where I met Rendra. Rendra was a poet; he was famous in Indonesia, now unfortunately deceased. He was one of my teachers. He had a sort of hermitage. He combined the methods of the West with those of the East in field work, farming and soul searching. Taking what he taught me, I continued to practice until I had a sense of myself, while continuing to work on music. I spent about 3 or 4 years there. We would do farm work like plowing, cleaning grass to feed cattle and goats and we would eat fish. We would do continued exercises like martial arts as well. 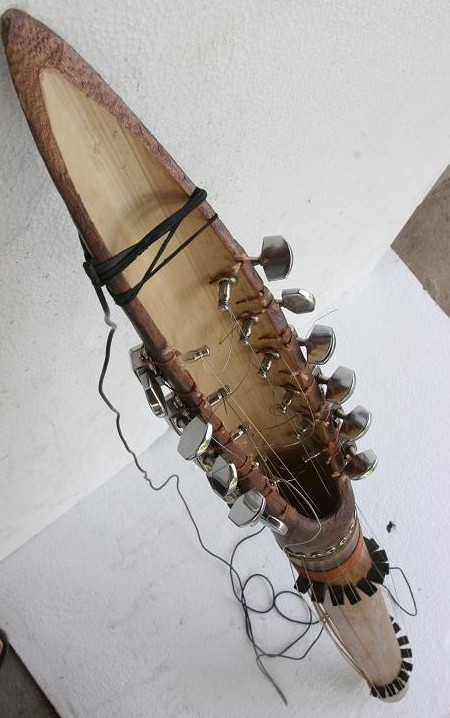 There I cultivated my taste; through creation I honed my thinking power, through the soul. After I had enough I went. From there I continued to make music.

In Jakarta I usually responded to the environment. That means making the sound of something that exists within this society. In Jakarta I did a concert called ‘Atas Nama Bunyi,’ (In the name of Sound), incorporating objects that exist in Jakarta… so a lot of bottles, closed-lid creations and instruments made from stuff. If there was a show I would make instruments for it, like stringed instruments from junk. In Jakarta, many buildings are demolished or abandoned, so if there was wood I would take it and make an instrument. I also made an instrument out of a machine gun once.

M: Machine gun, seriously? Do you still have it?
W: Yes, still, but it’s broken. I learned the process of making bamboo instruments in Bali. The process took one year. So within that one year were about eight failed attempts.

When I finished the bamboo instrument, I presented it to the public with a show called ‘Public Art Ambience Experiment,’ which toured around 20 cities for about 4 months without a sponsor. When doing a show in London while on tour, I met an old friend at the Theater Workshop. That friend gave the name ‘Bambu Wukir’ to the instrument, before he died two weeks later. He said to me, ‘Because you like your game. You don’t play like Jimi Hendrix, you don’t play like anyone else.’ The name is now known by many people in Indonesia and even in other countries.

Bamboo is the material, and Wukir is my name.

M: How long does it take to make one?

W: The fastest I ever made took about 3 weeks to one month.

M: Do you use special bamboo?

W: It’s called Wulung bamboo. It’s already gone through the process of immersion. I use the old methods, ancient methods; Existing technologies in Java, from the grandfather of our ancestors. This bamboo has been soaked in a river, or ‘endut’. Endut is like when you go to the fields, the water continues to exist, and it is dirty and watery and in the ground but still exists.

M: You are influenced by old traditions.
W: Yes, but I modified my instrument by using a single string from a zither or lyre, despite the fact that there usually is no such thing as a single zither string. I made 8 or 9 small pieces like this, and also use modified real bamboo spears. Bamboo spears have an important place in Indonesian history. 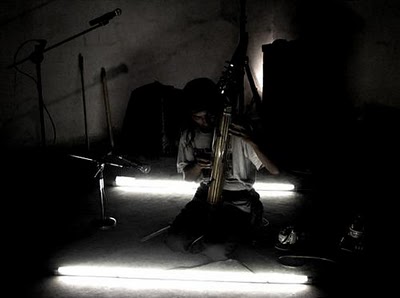 M: Is this instrument the one you choose to speak through?

W: Yes. It has my name. There are so many instruments being made these days but still no connection with the history of Indonesian society. I made my instrument to respond to circumstances, conditions and environment. Indonesia is bad, if you look at the television news there is corruption every day. Here the student community is very consumer-oriented.

M: Yes sure, everywhere.
W: It’s an encouragement for my mind to make something. That is, in the hope that what I make gives a kind of discourse to those anxieties in the process of living and life.

M: Yes, your music is serious, you can hear a story and history in it.
W: Yes, indeed. Indonesia has no one else but their own people.

M: You must know many traditional musicians. Who are your influences?
W: I Wayan Sadra. I Wayan Sadra was a lecturer, but also a contemporary musician in Indonesia.  He’s from Bali but taught at Solo, a lecturer at ISI Solo. Actually, although I did not go to school, I often asked the lecturers that I thought were really good about music. I used to come and meet them. He was a cultural composer. He died recently, about 4 months ago. I learned a lot from him; learned about composition, about music; a long time ago I had a desire for schools and university, but he told me if I practice all the time I don’t need school.

M: Do you teach?
W: Sometimes. Recently 3 people came here from Malang, 19 years old. They approached me after my concert in Bandung and said, ‘Mas, when I finish high school, I want to come study with you’. Due to current conditions with TV, internet etc., everything tells learners ‘you must go in this direction’. You know what I mean?  So, I feel my responsibility now is to better the future.  My dream involves a school in a house or farm, not on a campus. On the campuses it’s all about western methods, so students are taught about musical notes, learn the history of Mozart, memorize and so on.

These things are important, but home is more important. Workshops are also important like the workshop and presentation of a variety of musics at the Conservatorium in Amsterdam.

M: You said I Wayan Sadra is your main influence. But do you have any influences from outside of Indonesia?
W: Yes, many from outside. Kurt Cobain of Nirvana, Metallica, Dream Theatre, Faust, etc.

M: Do you record your own songs?

W: When I have access to a studio I do. In the Netherlands I recorded in Rotterdam and I  will continue in Australia.

M: I expect you to keep speaking through Bambu Wukir and realize your dream.