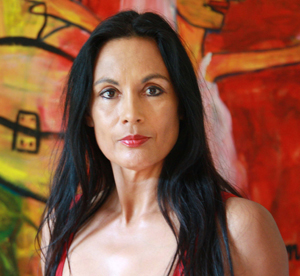 Dutch author with Indonesian roots Marion Bloem stands in the spotlights this year. She has gracefully reached the age of 60 and celebrates a writing career that spans more than 40 years. She has travelled the world, including the Indonesian islands of Java and Bali, intensively. In the seventies she met a clairvoyant Indonesian woman by the name of ‘Moemie,’ who has had a great influence on her and is the protagonist in her latest novel. ‘Moemie was chased by visions of the Twin Towers collapsing.’

Many of her books are about finding an identity in a world that seems alien. Bloem (1952) was born in the Netherlands as a second generation of Indo (Dutch East Indies) migrants. Her parents repatriated in 1950 from Indonesia. Her father survived the catastrophe of ‘Junyo Maru’, the Japanese cargo ship that was torpedoed by a British submarine in 1944 during World War II. More than 5000 war prisoners and Javanese slave laborers drowned.

In the novel ‘A hundred year old girl’ (for now only available in Dutch) the protagonist is the clairvoyant grandmother ‘Moemie’, who carries 100 years of colonial history, two world wars and the fight for independent Indonesia with her.

Bloem: ‘Moemie is based on an elderly women whom I met in the late seventies, when my father introduced me to her. I didn’t really believe in clairvoyancy, I’m quite critical about those things, although I do believe in telepathy. But I was touched when this woman looked me in the eyes and said that I didn’t choose the easy life, but that I was going to make it. That was even before my debut was published.’

In the book the protagonist ‘Moemie’ struggles with her sixth sense, because she could ‘see’ the (sometimes horrifying) future of a person in a split second. In real life she told Bloem and her husband some visions that came true. Bloem:

When we met her in America she was chased by dreams of the Twin Towers collapsing, years before it happened. At the time she informed the authorities and they closed the buildings for one day to check everything. Nothing was found. Until 9/11 when we were all watching TV in shock.”

‘Moemie’ also predicted that Bloem’s husband Ivan Wolffers would get a serious illness at the age of 54, but that he was able to recover. Bloem: ‘One year after 9/11 Ivan was diagnosed with prostate cancer. I guess the prediction that he would survive gave him self-confidence. He already lives longer than the doctors predicted.’ 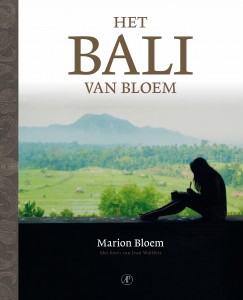 Marion Bloem always felt at home on Bali and has retreated to the island, since the seventies, as a quiet hideaway to write her books. Could Moemie have predicted the huge change on the island of Bali in the last three decades? Bloem: ‘Mass tourism devastated Bali almost like a colonial power would do. I’ve been coming to the island the last four decades and the change is enormous. But on the other hand, a culture is always dynamic, it’s never static. If we really wanted Bali to stay like it was in the seventies, we shouldn’t have gone there. We are all guilty.’

As a multi-talent Marion Bloem has also directed several films and is still producing an ongoing work of paintings and sculptures. In her own words: ‘Literature is my husband, film is my best friend and fine art is my lover.’ In 2011 she started a project on Facebook to translate her poem ‘Vrijheid’ (‘Freedom’) in different languages.