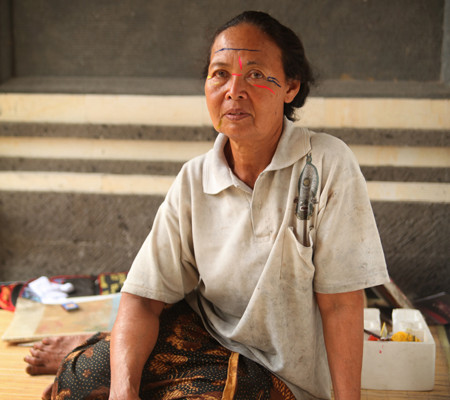 As Paint goes by is a photo essay made by Maria Beatriz Mousinho (Portugal) and Tania Won (Russia). Beatriz is an artist who does different solo projects and for her it was first time to work with a partner. Her first exhibition was in 2008 in Holland, her last was in Indonesia in 2011. Tania Won is a photographer who lives on Bali (Indonesia). She started her life as a photographer in 2006 and had her first foreign solo exhibition in February 2012 in Cambodia.

…A broken shell is as beautiful as a shell that is perfect…”
(Martim, 5 years old)

Beauty exists in everything and in every stage of its existence. Wrinkles are statements of life on the skin, memories of moments that once existed. They create patterns, transforming a historyless surface into a map indicating the travelled roads and paths, through mountains and deserts, rivers and seas of life. Old age people show different skin maps, and in their beauty and diversity can be read how they have lived their existence.

We have chosen 11 different women in Bali, Indonesia, with ages ranging from around 75 to over 100. Their lives differ, some worked hard, some lived more stronghearted than others, some still have a bright and strong energy that makes them look like young girls, some collapsed in their sorrows.

Their beauty and their truth is visible in all the wrinkles they agreed to enhance with colour, exhibiting their life with simplicity and honesty.

The first exhibition is going to be in Ubud (Bali, Indonesia) in the end of August where you can enjoy full version of the project. e-mail Tania Won for more info: won.spb@gmail.com. If you want your photo essay to be featured, e-mail info@latitudes.nu for more info! 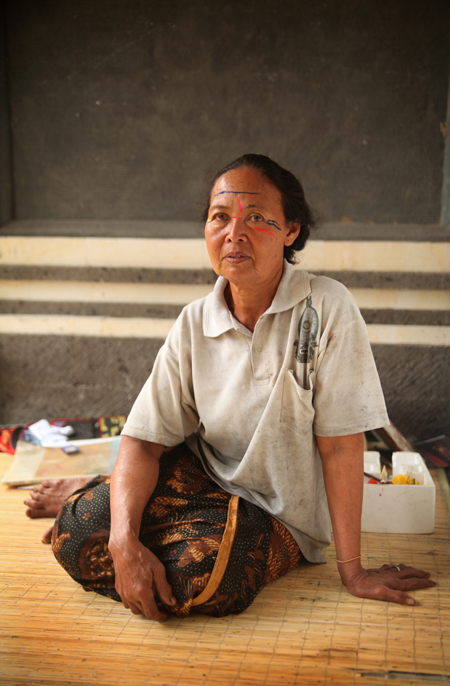 Ni Made Tilem was born in Penestanan 60 years ago. She once posed as a model for a painter when she was younger. She got married young and has an artistic family.
Ni Made used to work in construction, carrying stones, and also as a farmer.
She is a sweet and openhearted woman, her abandonment by her mother when she was a baby is still an open wound that never heals.
Longon, underneath, is over a 100 years old. She is a very tiny and smart woman, full of vitality. Her laughter is girlish and spontaneous. Being the first of three wives, she got married at 25 and used to live in the jungle, near Kintamani. She gave birth to nine children and used to work as a farmer.
She has had a difficult life but it did not interfere with her good humour. She only regrets her legs are no longer strong enough for her to be free to walk by herself. She is forced to stay inside the house. 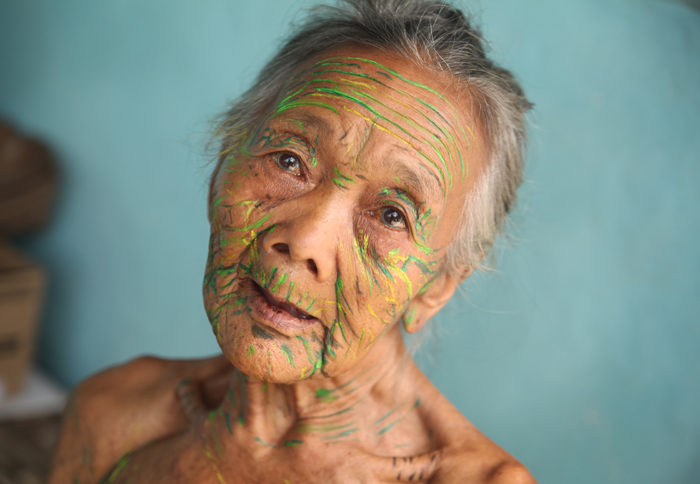 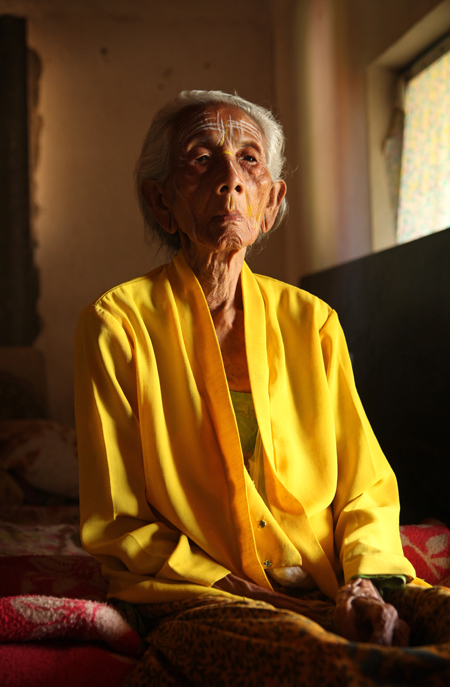 Over a hundred years old, Ni Nyoman Jabreg was born in Peliatan, in a family of artists.
She was a performing dancer in a group, working as a professional since she was fourteen years old.

She was married but never had children of her own. Although very thin, Ni Nyoman is very energetic and has a strong voice and an open smile. Ni Nyoman has always been a very happy and sweet person, never getting angry with anyone. 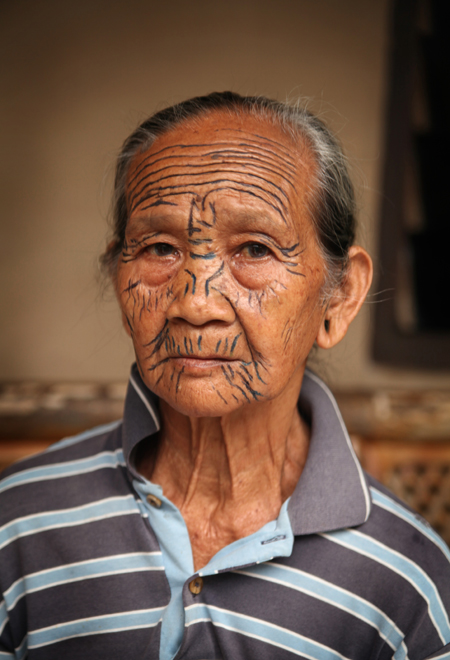 This next lady is seventy five years old. Ni Ketut Lacur was born in Kedewatan. She was raised by her relatives, since her parents had died when she was born.
Ni Ketut worked as a cook her whole life. She is married and had four children. She is a very serious person…with a shy and cute smile.
Mider is over a hundred years old and lives near Batur. She used to be a farmer and has worked until her ninety five years of age. She had six children and her husband died twenty years ago. Her look is strong although her body is very old. Her memory is almost gone but she shows to be very happy in her family’s company. 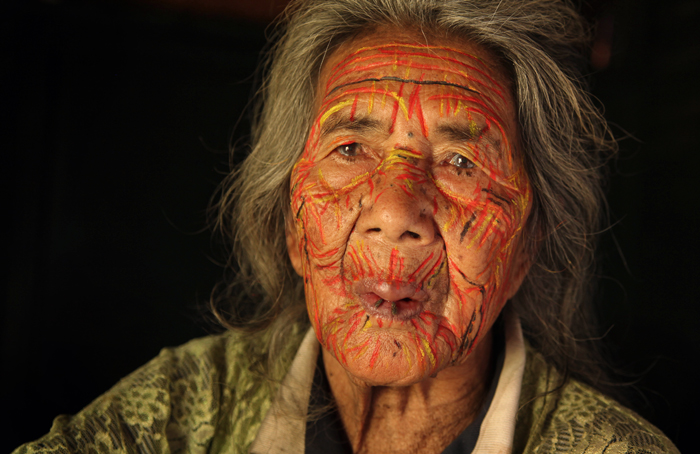 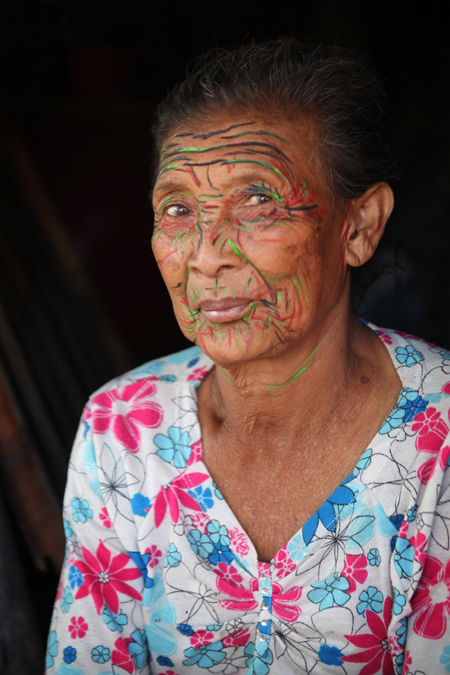 Francis is approximately 80 years old. She was born in Songan and lives in Batur. Francis had an arranged marriage at seventeen and has a big family.

Fully energetic as if she were 40, Francis still climbs the mountains near Batur to cut grass for the cows, grows vegetables, collects wood for the fire and looks after her chicken.
She used to be a farmer also danced in the temple. She also sang and now sings while she works in the fields.
She is very nice and talkative, hard life doesn’t seem to affect her strong will and good mood a bit. 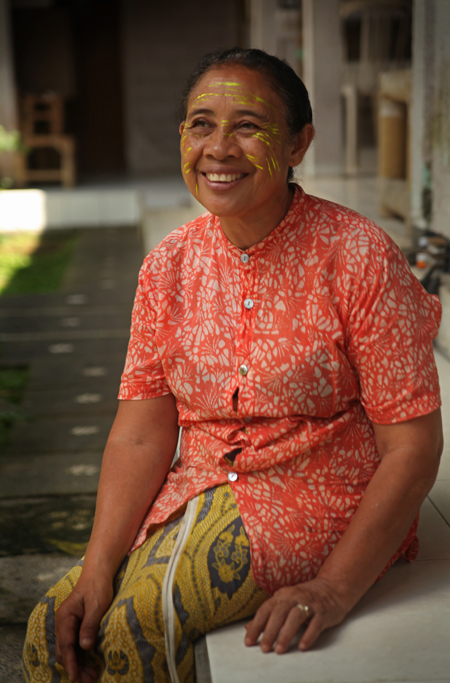 Ni Ketut Sena is around 75 years old now.
Ni Ketut Sena is a woman with vivid memories.
She got married at 17 with a young man she met in Denpasar. Her husband died very young, leaving her with four children to raise and support. She worked hard all her live, carrying stones for construction.

She keeps alive the memory of being a dancer at Antonio Blanco’s, having dancing classes for some years when she was very young. She still performs at the temples in full moon ceremonies. She dances while she cooks…