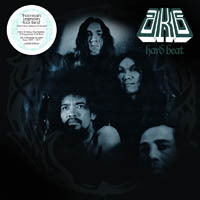 In 2011 Canadian record company Strawberry Rain Records released Hard Beat (available on cd and on vinyl), an anthology of the Indonesian band AKA. This fact in itself is nothing out of the ordinary. We live in a world that is getting smaller and smaller, thanks to Facebook, Twitter and all other forms of cyber communication. No surprise therefore that I first heard of AKA through Facebook.

Nashville’s coolest band, Those Darlins, posted a Youtube film (well, film… more a song, accompanied by stills of record sleeves) of the song Crazy Joe on their Facebook wall. From Surabaya 1975 to Nashville 2011, and from there and then to the freezing Lowlands… easy!

The song, together with the fact this was apparently an Indonesian band (from Surabaya), funkin’ and rockin’ like there was no tomorrow, attracted my full and undivided attention. The singer, Ucok Harahap, sounds like an even freakier and spicier version of James Brown. And the band backing him are doing an outstanding job.

I had never before heard of AKA, but these days the world wide web is your best friend, and I found out soon enough that they had released eleven studio albums during the seventies. Hard rocking funk, influenced by listening to acts like Steppenwolf, Grand Funk Railroad, James Brown, Jimi Hendrix, Led Zeppelin, Cream, Three Dog Night. 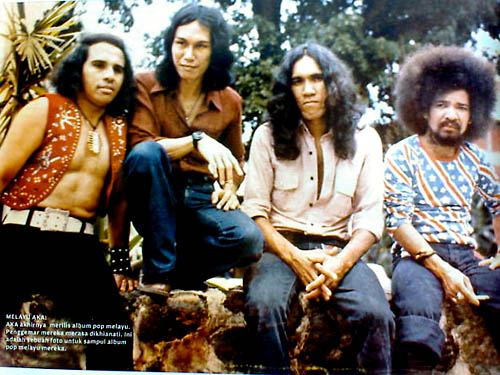 AKA, the legend lives on

It didn’t take much trouble to find out about the release of Hard Beat by Strawberry Rain Records. Even Amazon had Hard Beat listed! And while nosing around I also found a compilation album (also available on both cd and vinyl), Those Shocking, Shaking Days: Indonesian Hard, Psychedelic, Progressive Rock and Funk 1970-1978, containing two songs by AKA.

Highlight on Hard Beat to me is the song Shake Me!, which sounds like James Brown on speed, and starts with this interesting dialogue:

… and then segues into a piece of hard rocking funk which would have left James Brown and Sly Stone gasping for air, and even the young Red Hot Chili Peppers would have listened and nodded in awe…

Stories of Ucok’s stage antics are abundant. He would do the strangest things on stage, leading to stories about his abilities in the field of guna guna. However strange though, listening to the music leaves one with the impression of ‘just’ a strong and very capable singer and band.

Ucok Harahap died, in his native Surabaya, in december 2009, 66 years of age. Sadly he didn’t live to experience and enjoy the cyber resurrection of AKA.

The original vinyl albums of AKA are very hard to find, and when found they sell for impressive prices. Even in Indonesia they seem to be very rare. Digitalized versions were quite easy to find, until recently, but the recent actions of the FBI, shutting down sites like Megaupload and threatening blogs all over the world, make that route increasingly difficult. All in all, it is a good thing that people like Jason ‘MoSS’ Connoy (owner of Strawberry Rain Records) invest so much time and effort in collecting, converting and re-releasing treasures like these…