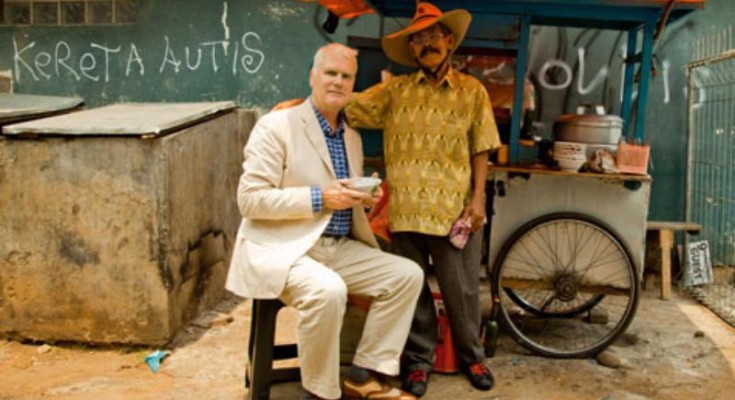 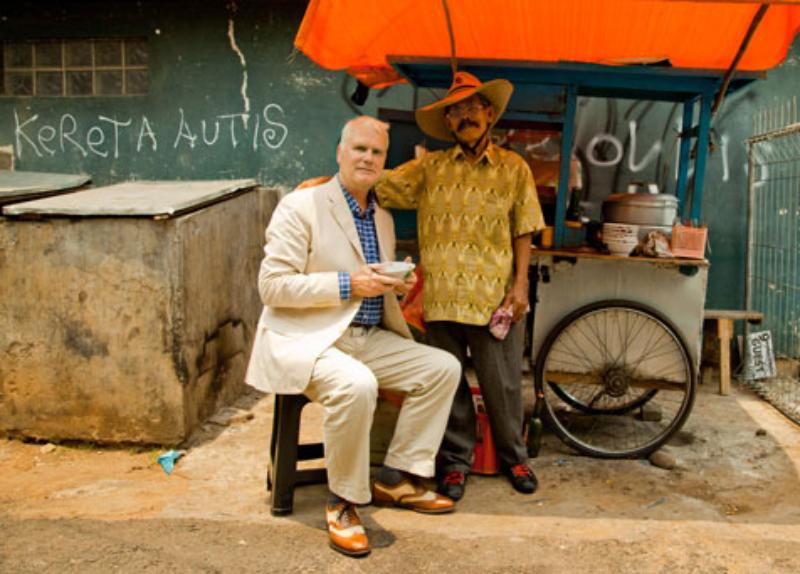 The Dutch tv series Van Dis in Indonesië featured the well known writer Adriaan van Dis, traveling through Indonesië in search of his roots, traces of the Dutch and the shared history between Indonesia and the Netherlands. With his own complex family history as a leading thread, he travels through Java, Bali, Maluku and Sumatra. He talks with a colorful cast of people: writers, a bakso seller, a miljonair, a sultan and the son of Sukarno, the first president of Indonesia.

Best of all: All episodes are available online, so Indonesians and other international viewers can catch up on this series!

The passionate, slightly ironic and critical approach of Van Dis towards the paradox of modern day Indonesia is revealing. Notwithstanding his appearance as a tall elegant older man with white hair, he is able to portray Indonesia in a very personal way. Unlike journalists or newshunters, Van Dis uses his freedom as an independent author to ask questions and adress certain topics that are usually not too appropriate. This results in some surprising conversations and honest answers.

The complex and painful family history of Adriaan van Dis (1946, the Netherlands) leads him along several important places in Java, Maluku, Bali and Sumatra. The father of Van Dis was born in the colonial Dutch Indies. He died when Van Dis was only 10 years old. The father was traumatized by the horrors of war, when the Japanese occupied Indonesia.

The mother of Van Dis passed away two years ago, which formed the trigger to start filming. His mother had a tragic history as well. Her first husband was a KNIL officer who got killed in Indonesia during the Japanese occupation. With her three daughters she was imprisoned in a Japanese internment camp. With her second husband, the father of Van Dis, she moved to the Netherlands.

Using old family pictures, letters and memories Van Dis sets off to travel along the places where the history of his parents come together. Instead of ‘a trip down memory lane’ the eight episodes show us a genuine, sometimes painful insight of modern Indonesia.

In the first episode ‘Destination Hope’ Van Dis steps aboard of a ferry that sails from Jakarta, to Surabaya and Ambon, where the filming team was not allowed to leave the ship because of local conflicts. It’s the same trip his mother made in the 1930’s for her honeymoon. The ferry is like a sailing metaphor of the complex situation in Indonesia. Many people from all over the archipelago with different backgrounds and religions are sharing their stories and hope for a better future. 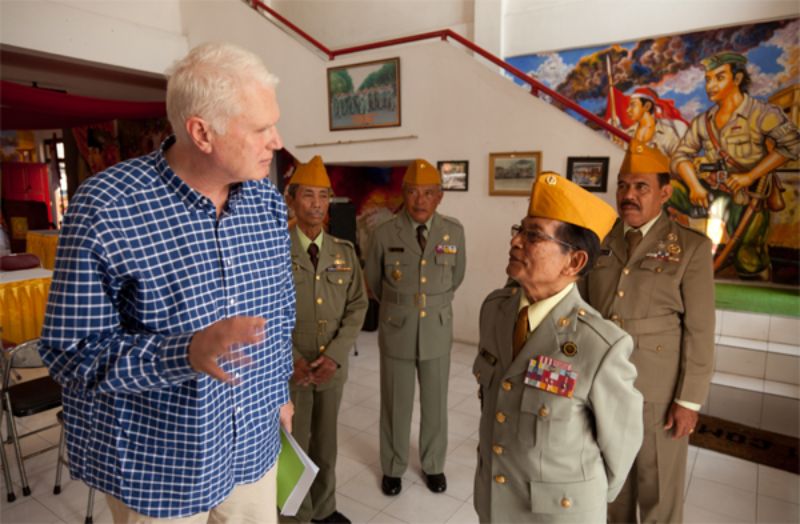 ‘Gentleman’ Van Dis easily connects with people from all layers of society. Without a second thought he joins a karaoke singer on the ferry.

In episode 3 ‘Sukarno’s children’ he travels by train with Guruh, the youngest son of Bung Karno (Brother Karno), to the grave of the first president of Indonesia in Blitar, East Java. The son is greeted warmly everywhere he goes. Sukarno is still very much alive in Indonesia. Well known Indonesian author Ayu Utami shares her view on the Pancasila: the official philosophical foundation of Indonesia, formulated by Sukarno. These principles of democracy, social justice and unity are becoming even more important in modern Indonesia, with emerging religious fundamentalism.

In episode 5 ‘The economic legacy’ he has an appointment with entrepreneur Aburizal Bakrie, one of the potential candidates for the next presidential elections. Indonesia wants to be one of the ten biggest economies in 2025. But with a 6 percent rapid economic growth per year, the gap between the rich and poor increases.

Van Dis shows the other side of economic expansion when he meets a bakso (meatball soup) seller. The old man, who has already passed the age of retirement, still walks the streets of Jakarta every day for almost twelve hours. It’s his generation that paid the ‘debts’ to the Netherlands for the nationalisation of the companies that the Dutch left behind. Indonesia had to pay ‘compensation’ until 2003!

Episode 7 ‘The sacrifice of Bali’ can be very unveiling for those who only know the island as a holiday paradise. Van Dis shows the effects of increasing tourism on the Balinese culture and environment. We see the contradictions of what it’s like living on the ‘Island of the Gods’ where, in his words: ‘sometimes the Gods are better off than the humans.’