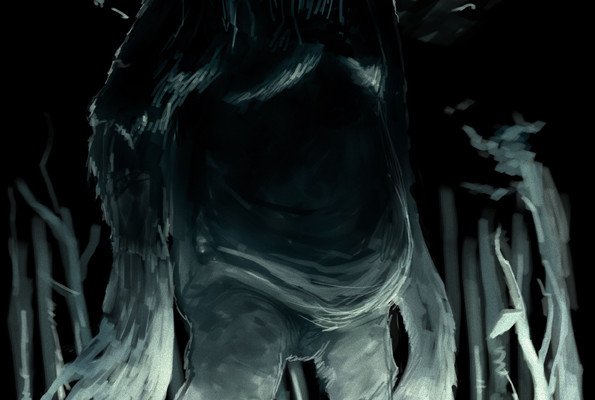 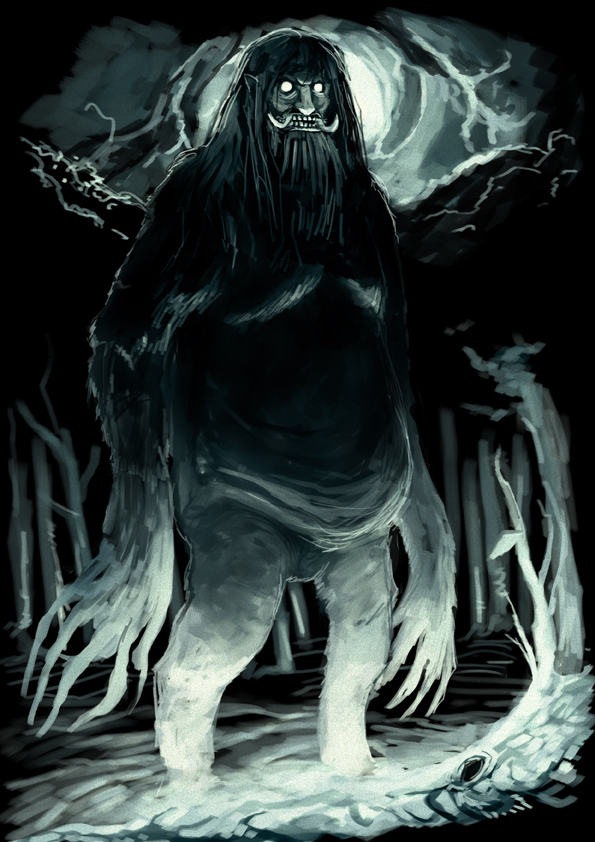 In Indonesia, a long enough chat sometimes entertains the topic of the supernatural. This writing helps you join in the fun and introduces you to some of Indonesia’s most scary beings (that most Indonesians to a certain degree do believe in).

You may hear something like: “Friend of a friend said he saw a female specter sporting a white robe and long hair.” Or: “You may believe this or not, but a giant, hairy ghoul haunts an abandoned house in my neighborhood.”

The latter description befits a spirit called genderuwa (gendruwo, gandaruwa). Said to look like a giant ape, it is capable of turning into a man when it tries to trick a woman into having sexual intercourse.

The said female ghost is commonly referred to as kuntilanak (pontianak, puntianak), also famous for its shrill laughter. Although the name comes from the phrase “puan mati beranak” (a woman who dies in labor), in many tales it is the spirit of a woman who died of any unnatural cause. 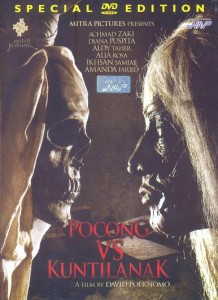 Interestingly, the city Pontianak — a sultanate that later became the capital of West Kalimantan — is believed to get its name from the female specter who beleaguered the kingdom’s founder when he was about to build his palace.

Having appeared in Indonesian and Malaysian entertainment media for decades, kuntilanak is probably the most famous ghost in both countries, along with the shrouded ghosts called pocong. She takes up different names and shapes in different stories. Javanese urban legends tell of sundel bolong, a kuntilanak with a hole on her back, and suster ngesot, a female nurse apparition who frightens mortals by dragging herself across the floor.

In this brilliant Youtube fragment you see a sundel bolong in action: ordering satay in a movie starring the late Suzanna, by many considered to be Indonesia’s queen of horror films:

Also strictly female is the Javanese wewe gombel, which uses her giant, sagging breasts to hide little children that she has kidnapped.

Familiar in villages across Southeast Asia, the tuyul or toyol is a toddler-like spirit kept by humans to steal money or other precious items. Those worried about losing their savings to a tuyul might want to place marbles, beans, sand or strands of garlic in certain parts of the house to distract it — makes you wonder if banks in Southeast Asia have these objects handy.

With the ability to shapeshift into a pig, a person who possesses the supranatural power of babi ngepet is intent on using it also to steal. The best way to give this animagus a lesson is to capture them while still in animal form and incarcerate them long enough for a candle, believed to be kept alight by a partner in crime until the pig’s return, to die out. This way, the person is forever trapped inside their pig’s skin and ready for the grill — just kidding.

Usually associated with sorcery, local tales of shapeshifters are abundant in Indonesia. Except for the pig, we use the term jadi-jadian after the name of the animal that the magic practitioner turns into at will. In Java, Sumatra, and Kalimantan, stories spread of jadi-jadian tigers, panthers, cats, crocodiles, and sometimes dogs. You can Google-translate this Antara online news from last year to see how in Indonesia even the jadi-jadian animals can be, well, news.

If you think vampires only stalk the dark realms of Europe or Northern America, you may want to find out about palasik (Malaysian pelesit), a term with which many Minangkabau people of West Sumatra are familiar. Said to be black magic practitioners, the palasik men or women roam freely at night or during the day, commonly taking up the profession of barber or broom seller — some say umbrella repairer. They suck blood using the scissors, brooms, and umbrellas as media. Babies and children are their favorite snacks.

A palasik can be identified by the missing crease above their lips. A palasik who has reached an advanced stage can detach their head from their body and is called palasik kudung. Similar to palasik kudung are the leak from Bali and kuyang from Kalimantan.

Especially famous in Kalimantan are the bunian people. Said to live in large communities in deep forests, or in oil palm plantations considering the island’s rapid land use conversion, their physical characteristics are similar to elves in Germanic mythology. Their supernatural powers can be of assistance to shamans, but they are often accused of the abduction of children or leading people astray in the jungle.

Some have tried to explain the tales of ghosts using common sense. Female ghosts, they say, represent certain communities’ fear toward powerful women. Stories of kuntinanak was initially used by housewives to prevent their husbands from coming home too late at night. Ghost stories curb children from playing too far away. It is common to hear Javanese villagers say to their children: It’s dusk already! Get inside or the wewe gombel will snatch you. 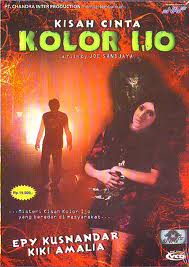 The Kolor Ijo story was, of course, turned into a film

A highly superstitious society will eat up the terrors of urban legends spread with interests. It is not surprising that a lot of otherwordly creatures, such as the kolor ijo (the green underpants demon), are let loose leading up to important political events, as pointed out by this opinion column in Kompas online. The Kolor Ijo, or “green underpants”, was a fictional monster which terrorized the Indonesian countryside for weeks in 2003 and 2004. After terrorizing the populace for weeks, it was found to be a hoax created for attention. By that time terrified residents had already set up special kolor ijo patrol squads, while others draped their homes in magic talismans to ward off the creature.

Of course others will say these scary creatures really exist. And if you ask them how they know, lo and behold, a friend of a friend said so…

For five of Jakarta’s most haunted places, here is the link to a feature article Dalih Sembiring and Lisa Siregar wrote for Jakarta Globe.

TAGDalih Sembiring Ghosts indonesia Supernatural
Previous Post A Javanese version of Stravinsky's a Soldier's Tale and Loevendie's the Nightingale
Next Post A trip to Karang Aji, or, my rocky journey to the waters