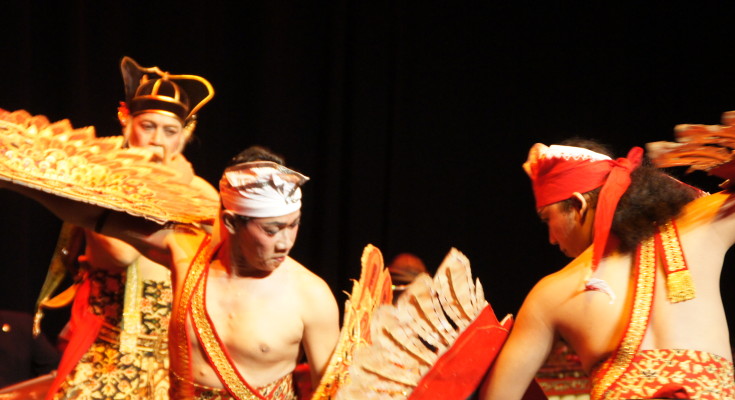 ‘Nongkrong’ in Berlin: Highlights of the Jakarta-Berlin Arts Festival

Bringing Jakarta to Berlin was the main objective of the Jakarta Berlin Arts festival. In our opinion, this definitely happened. ‘Nongkrong’ under a ‘Lindenbaum,’ eating risoles in the Monbijoupark… sometimes we even forgot we were in Berlin! Here three absolute highlights of the festival:

On June 26th we visited the intimate Theater O.N. where Inge Dümpel’s Makassar Monologue was scheduled. It turned out to be a monologue we will never forget. This slender lady told a powerful story, being born in Indonesia and living in Germany before settling in the Netherlands. With just a chair, a table with a vase and an antique looking suitcase propped up against the wall she managed to captivate and move the small audience ─ some almost to tears.

Her story, in clear Bahasa Indonesia, told of a girl who was forced by her parents to marry a man she didn’t love, following him to the Netherlands and leaving behind the love of her life. A fortune teller told her that she would return to Indonesia in 25 years and see him again and eventually their paths crossed but did they join? ‘It was a though I was put on another path, with a different horizon’ she told us afterward. Inge’s story is not so much a love story as it is a life story. The relationship with her mother plays a central role. It was only near the end of her mother’s life that she dared to ask her mother about what took place. ‘With this piece I wanted to put my mother back on the pedestal’ she said. Utterly moving and highly recommended, Inge still performs Friday 1 July (English) and Saturday 2 July (German) in Theater O.N.

The following day, the Jakarta Open Air event was blessed with sunny weather and ditto moods. Berliners and Indonesians crowded the Monbijoupark, enticed by Indonesian snacks and a full cultural program ranging from pencak silat show downs to wayang performances for kids.

Edgy and original performer/poet Leak Sosiawan stole the show with his one man stand-up-lie-down-crawl- around show called Sarung. Based on the traditional cloth worn by Indonesian men, Sosiawan literally struggled with political freedom, traditions & faith in a way that was both hilarious and disconcerting. In the video you see his struggle with the sarung watched by some very flabbergasted kids.

The second part of the performance showed Sosiawan out of the sarung where he first enjoyed the relative freedom of movement, but soon got overwhelmed by the diverse stimuli, and doesn’t know what to to with his newly won freedom:

In the end, tormented and scared, Sosiawan tries desperately to climb back into the safety of his sarung. The performance was open to many different interpretations, at times hilarious and sometimes like watching an ‘orang gila’ (crazy person)… brave hence bravo!

Later that evening, the Admiralspalast staged the renowned dancers of Padnecwara, performing Roro Mendut, a classic tale of love, heroism and tragedy. The story is often referred to as a Javanese version of Romeo and Juliet and originates from 17th Century Java. The beautiful strong headed princess Roro Mendut falls in love with renegade warrior Pronocitro. Not being the only contender Pronocitro has to fight off the powerful Temengung Wiroguno. Unfortunately, Pronocitro is killed and  Roro Mendut takes her one life with a keris.

Choreographed by Retno Maruti, the dancers’ mesmerizing agility and elegance bowled the audience over, resulting in a long standing ovation. One of the most beautiful scenes is the cockfight, where two dancers adorned with wings fight, not unlike two boxers in a ring, with their owners readjusting their feathers between bouts. 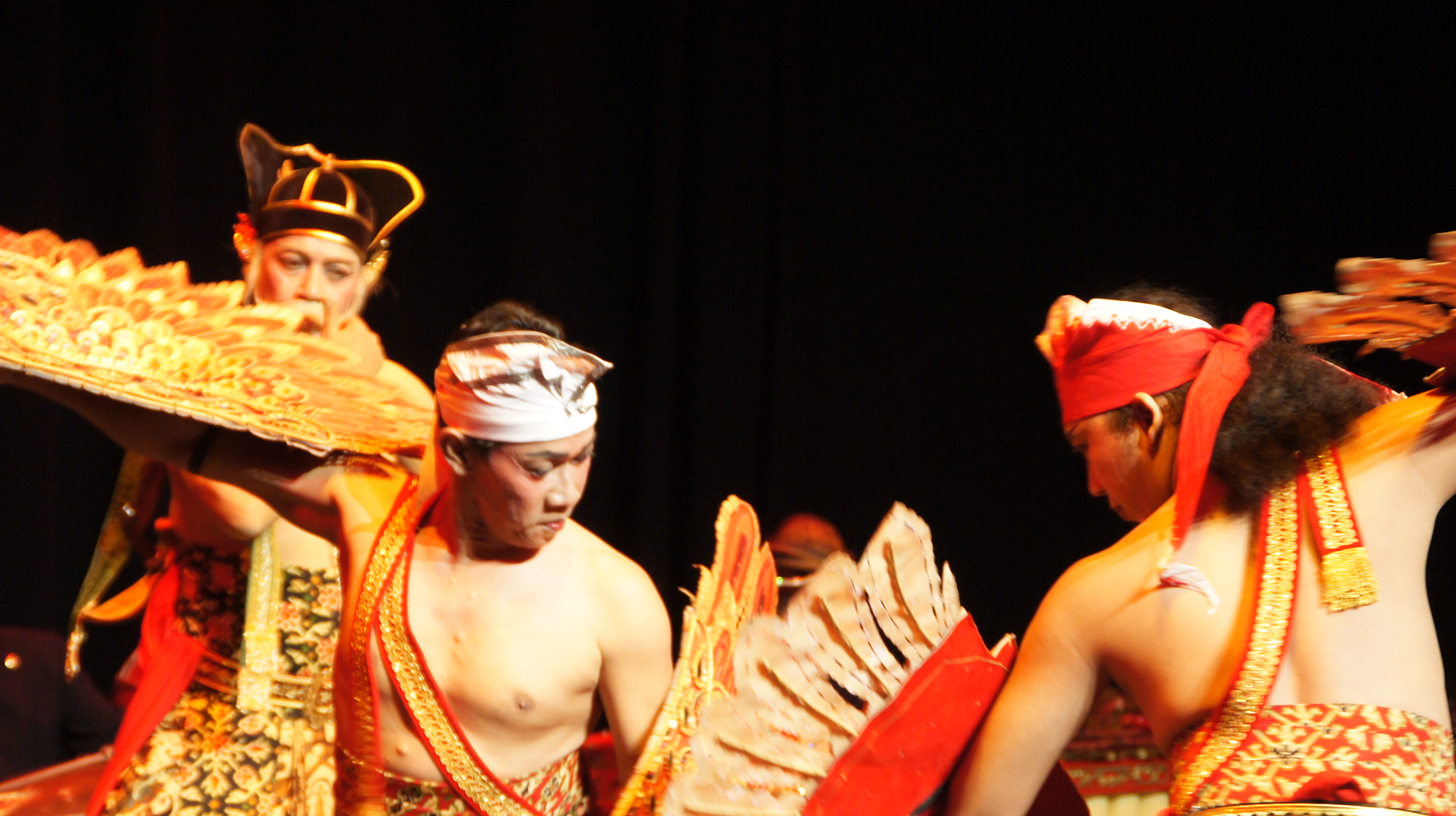 The festival still lasts until July 3rd and has much more in store. What to think of legendary Jazzrock band Krakatau (Thursday 30 June), puppeteer PMtoh (29 and 30 June and 1 July), a fashion opera with Harry Darsono (Friday 1 July) and Pantomime theater by Sena Didi Mime (Friday 1 and Saturday 2 July)?